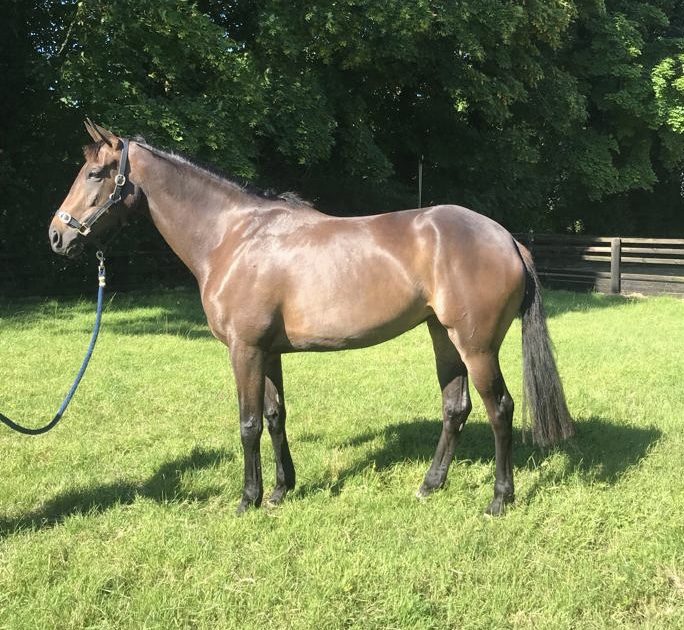 This filly is also by the wonderful sire Milan and is out of Knotted Midge, making her a half-sister to
the multiple Grade 1 winning chaser Might Bite. He was an extremely talented and sound racehorse, whose famously wayward behaviour (very common in horses by his sire, Scorpion) did not stop
him winning 10 races, 5 of which were at the very highest level and included the King George at Kempton on Boxing Day. Attitude was not a problem for his brother Beat That, another multiple Grade 1 winner and a full brother to our filly. Beat That was a tough and honest horse with a huge amount of ability, but he was plagued with injury problems which stopped him reaching the heady heights that his brother managed.

This filly has done plenty in pre-training this spring and should be ready to debut in a bumper this autumn. She is a fantastic addition to the Hot To Trot Jumps team and Nicky knows the family very well, so we hope he can bring out some of her brothers’ star quality!

Nicky Henderson needs little introduction as one of the most successful National Hunt trainers of the modern era. He is a multiple winner of the Trainers’ Championship, with over 3000 winners to his name, including over 70 Cheltenham Festival winners. He has trained some of the most memorable jumps horses in history, including See You Then, Sprinter Sacre, Altior and Buveur D’Air to name just a few. Nicky and his team approach another National Hunt season with an enviable team of horses, including dominant 2 mile chaser Shishkin, and the outstanding Novice Hurdler from last season Constitution Hill to fly the Seven Barrows flag.