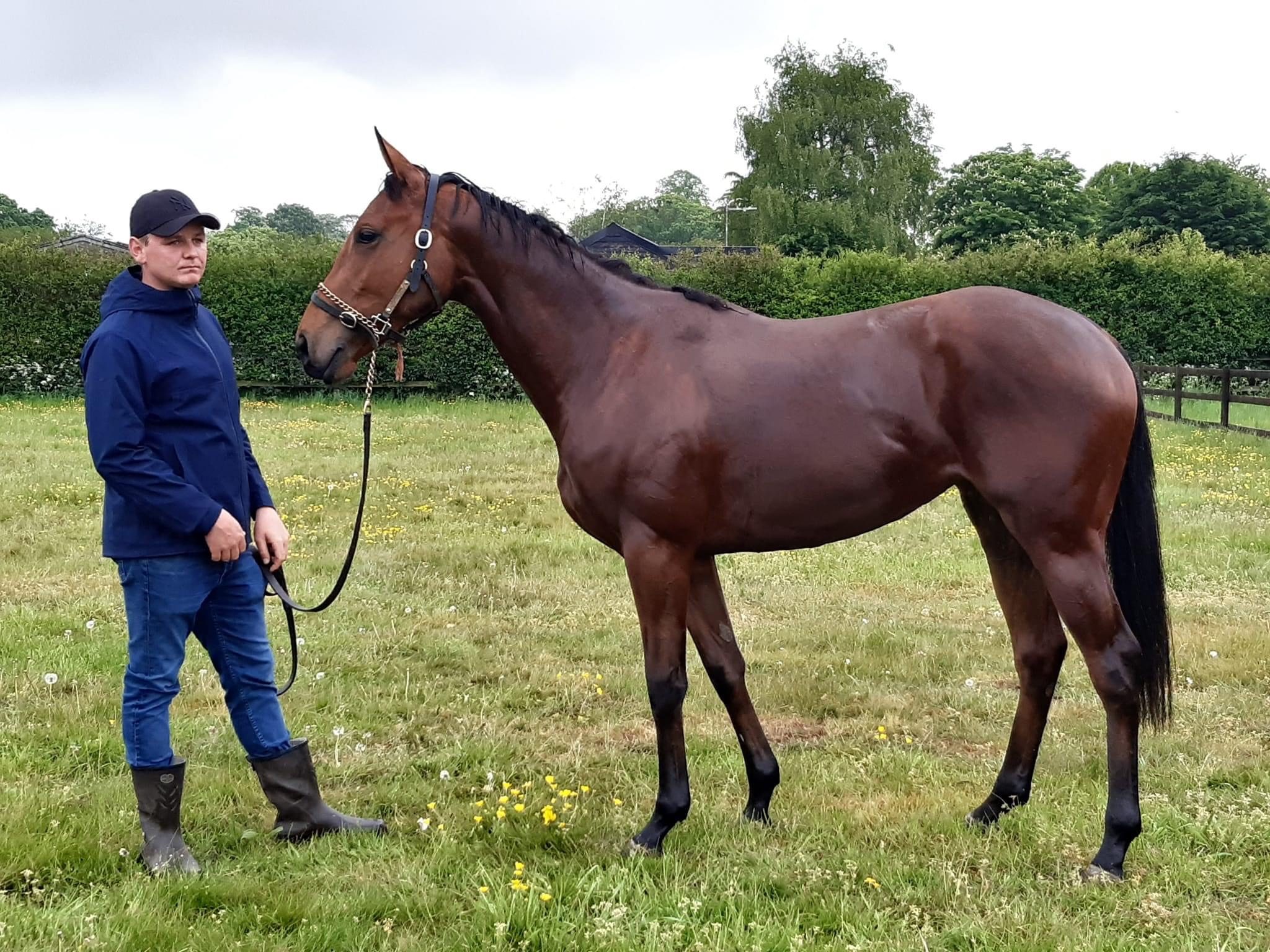 This gorgeous filly is by Ulysses, a dual Group 1 winner who was bred in the purple being by Derby winner Galileo and out of an Oaks winner in Light Shift. Ulysses won the Coral-Eclipse and the Juddmonte International in a vintage year of middle-distance horses, and has made a promising start at stud with Irish Derby runner up Piz Badile and the progressive Might Ulysses in his first crop. Holloway Boy has been the star so far from his second crop, winning at Royal Ascot on debut and finishing runner up in Group company twice since. Given that most of Ulysses’s stock are likely to take a little time to mature, the best could still be to come!

The dam, Panova, was a useful racemare and is from a wonderful female family, being a granddaughter of the great Russian Rhythm. She is a full sister to recent Group 3 winner Potapova, as well as several other talented fillies. There is bags of class in this famous Cheveley Park family and Storymaker looks at this stage to have inherited plenty of it; she ran a huge race on debut to finish third and looks a winner waiting to happen after her winter holiday.

George is arguably the brightest young training talent in the country, having made an extraordinary start to his career and proving that his skills are as versatile as they are impressive. In his first couple of seasons, George made a name for himself by improving older horses and by training numerous sharp two year old winners. In 2022, he took his career to a new level by proving that he can train a Classic contender when Cachet won the 1000 Guineas, a huge achievement at such an early stage.