David Menuisier is a French-born trainer who is based at Coombelands, the historic West Sussex training facility where some incredible horses have been trained, including the outstanding Dancing Brave. David gained extensive international racing experience as assistant to Christine Head-Maarek in France, Richard Mandella in the USA, and John Dunlop at the historic Arundel stables not far from where he is now based. He has fast made a reputation for himself as a top trainer in the UK, with horses such as Danceteria (a Group 1 winner in Germany) and Thundering Blue flying the flag for the yard both domestically and abroad. This year could be an exciting one for David, with his string including the admirable filly Wonderful Tonight who won two Group 1 races last season, giving David his first British success at the highest level, and who will be aimed at the Arc de Triomphe this year! 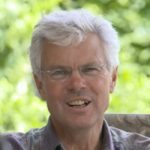