Ed Walker is one of the big up and coming trainers in the country having previously served apprenticeships with Roger Charlton and Luca Cumani. Making the move in 2017 from Newmarket to the spectacular Kingsdown Stables in Lambourn with his wife Camilla, Team Walker hit the ground running through the likes of Group 2 winners Stormy Antarctic / Royal Intervention as well as Royal Ascot heroine Agrotera. 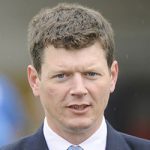 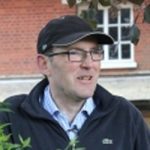